According to the EUBS Constitution and Bylaws, it is time to elect a new Member-at-Large. All regular EUBS members  will receive an “Invitation to Vote” by e-mail; voting must be done before August 15 (30 days before the EUBS Annual General Meeting).

EUBS Elections for Member at Large 2021 candidates (in alphabetical order): 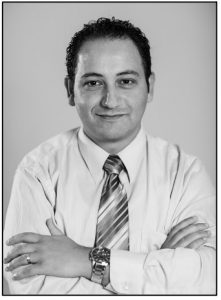 Dr Azzopardi has studied medicine in Malta and continued his training as a Specialist in Haematology and Internal Medicine, before starting his work in diving and hyperbaric medicine in Plymouth at the Diving Diseases Research Centre (DDRC) in 2016.

Since January 2020, he is an Acting Consultant in Diving and Hyperbaric Medicine at both the Malta and Gozo hyperbaric units. He is part of a team of 5 consultants covering the HBOT and emergency service 24/7, using three Haux chambers fully critical care capable under hyperbaric conditions.

He is an appointed court expert for diving accidents and fatalities within the Malta judicial court system and inquests. He has served as editor, reviewer and author for Cochrane systematic reviews on HBO use in delayed radiation injury. He is the author and editor of two academic textbooks in diving and hyperbaric medicine, due for publication in 2022. He is a reviewer for the joint SPUMS/EUBS journal, Diving and Hyperbaric Medicine Journal, and has published in both DHM and UHMS journals.

He is a technical sidemount diver (of course), and is an avid internationally-awarded photographer in his free time, having published 35 photography books, as well as being recently elected to the post of President of the Malta Institute of Professional Photography.

He is employed at the Clinical Hospital Center Rijeka, Croatia, Department of Underwater and Hyperbaric Medicine as a Mentor and Specialist, Lecturer at the Center for Research and Education in Underwater, Hyperbaric and Maritime Medicine, Faculty of Medicine Rijeka. He started his career in underwater and hyperbaric medicine began at the Naval Institute of Maritime Medicine in Split, Croatia under the guidance of the famous prof. Stracimir Gošović, in 1986, and gained additional expertise by studying with prof. Dekleva in Zemun, prof. Eric Kindwall in Milwaukee, USA, and Dr Paul Sheffield in Texas, USA. After the war in the former Yugoslavia, he took a very active part in the revitalization and positioning of diving and hyperbaric medicine, first through working in a private polyclinic (as a director for 14 years); in 2008 he created a list of indications for treatment with hyperbaric oxygen therapy, which was accepted by the Croatian state health insurance. In 2019, he was instrumental at renewing the list based on the EUBS Consensus list.

In 2016, the Department of Underwater and Hyperbaric Medicine was opened at the Clinical Hospital Center Rijeka, Croatia. He was given the honorary role of mentor, with the task of educating the team and creating a concept of work. He now continues to work in this role of mentor, while at the same time working as a specialist in emergency medicine and an expert in underwater and hyperbaric medicine. He leads part of the clinic for the treatment of chronic wounds. Since last year, the Department has become the Center for Education and Research in Underwater, Hyperbaric and Maritime Medicine at the Medical Faculty in Rijeka, where he is a lecturer of basic and professional teaching units. He has participated and organized numerous congresses and symposia in the field of underwater and hyperbaric medicine, emergency medicine and treatment of chronic wounds. He is especially involved in microcirculation, doing transcutaneous oximetry, Laser Doppler Flowmetry and hyperspectral imaging, which he has put into practice in the Republic of Croatia and in which he holds education and research.

Dr Inoriza has a degree in Medicine and Surgery (Faculty of Medicine, University of Murcia, 1986), and a degree in Documentation (Universitat Oberta de Catalunya, 2001). He holds a PhD from the University of Girona (2015).

Since 1994 he has been linked to the Palamós Hospital Foundation – Serveis de Salut Integrats Baix Empordà (SSIBE). Between 1994-1997 he was responsible for the creation of the Unitat de Medicina Hiperbàrica (UMH) where he was the first medical director. Between 1997-2008 he remained linked to the UMH on a part-time basis. From July 2008 to the present day he is the medical director of the UMH coordinating a team of 6 doctors, 25 nurses and 4 hyperbaric technicians. In 2010, he supervised the installation of the current hyperbaric facility (HAUX-STARMED 2200/5,5/KB; 8 + 2 places). In this Unit he has been involved in the diagnosis and treatment of about 750 diving accidents and about 750 cases of carbon monoxide poisoning. Before the current SARS-CoV2 pandemic, the unit treated about 130 patients per year and provided about 2,500 treatment sessions.

He performed research related to the application of HBOT in carbon monoxide poisoning and in the after-effects of radiotherapy treatment of pelvic neoplasm, in projects funded by competitive public calls. He is the author of several papers in peer-reviewed journals and 2 book chapters. He has had teaching activity in several master’s degree programs in different Spanish universities. His other area of expertise is related to clinical coding systems, patient classification and health economics developing research activities in the field of Health Systems Evaluation and Health Outcomes. He also works in the SSIBE Research Department as a Senior Researcher. In this area he obtained his PhD and has published in peer-review journals. Dr Inoriza is a founding member of the Spanish Association of Hyperbaric and Underwater Medicine (ASEMHS) and currently a member of its Board of Directors. He is a long-time member of EUBS and UHMS. 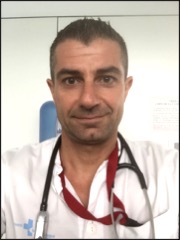 Since 2008 he works at the Department of Hyperbaric Oxygen of the CRIS-UTH, Hospital Moisses Brogges, Sant Joan Despi in Barcelona, with Dr Jordi Desola. During his medical practice at CRIS-UTH, he attends a lot of chronic patients, has managed a wide range of emergencies, and has performed many medical examinations to both sport and commercial divers including Saturation Diving candidates. In addition, he serves as the Assistance Coordinating at CRIS-UTH. He teaches in hyperbaric and diving medicine at the University of Barcelona, is a lecturer at the Master on Diving and Hyperbaric Medicine, organised by CRIS-UTH every year for the University of Barcelona.  Since 2020 he is a regular collaborator for Divers Alert Network (DAN) Europe.

He has attended the annual EUBS meetings in the last years, representing CRIS-UTH among other colleagues, presenting some oral and/or poster communications. 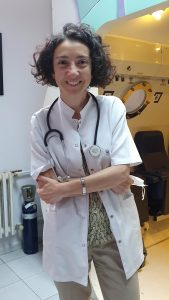 Dr Mirasoglu was born in Istanbul in 1978 and completed her Underwater and Hyperbaric Medicine residency training in 2008 at Istanbul University, Istanbul Faculty of Medicine. Since then she has been actively working in the field.

She has done extensive medical consultancy and field work at several projects including:

Bengusu Mirasoglu has been a Member at Large for the EUBS from 2016 – 2020 and now serves as the EUBS’ Social Media Manager.

All EUBS members in good standing will receive a “Invitation to Vote” email (sent by “noreply@electionrunner.com”) containing the mini CV and picture of candidates; simply click on the link in the e-mail (yes it’s safe) and you will be taken immediately to the voting ballot. Please make sure your e-mail address on file is correct, if needed, check your data by logging in on the EUBS website.
As the Ballot e-mail may occasionally be considered spam, or be blocked by a (company or institution) Firewall, please check also your spam mailbox. If you have not received the Ballot Sheet e-mail by July 31st, please contact the EUBS Secretary (secretary@eubs.org).

There are no upcoming events.